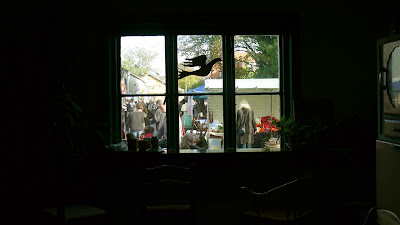 At the end of last year I began a solo documentary project. I might possibly be working with a few other people on it yet, as there's lots to do! 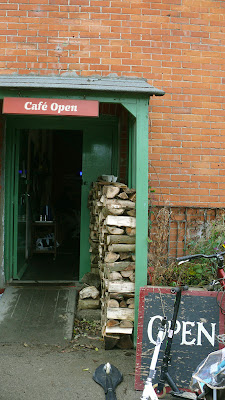 I live in a great little town called Bridport, which has a little area called St Michael's. It's home to many an antique and vintage shop, workshops, art studios, one of my most favourite cafes in the world (The Red Brick Cafe - that I sometimes work at) and during the dry months of the year, has a great vintage market every month. It's a brilliant asset to the town and supplies a lot of people with work and the space to work in good sized workshops, brings a lot of people to the town and generally has a great atmosphere down there. (I would write more about it... but these back to School early mornings have hit me today - after the whole holidays with plenty of sleep-ins!)...

Promise to write more about it soon though... 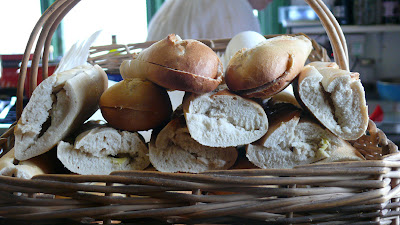 Well... for many years the area has had many threats of being bought and developed. Many a whisper and words of developments and housing estates (and other things along these lines) and completely changing the area, which is already thriving, lively and already holds a great community spirit. In the past they've managed to get by and it's not happened so far, but more recently, (within the last six months or so - as far as I am aware) these threats have reappeared. 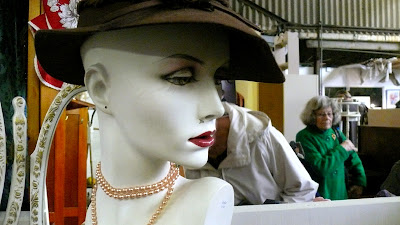 We've only lived here for about a year and a half so far, but I felt quite strongly against it's being redeveloped. I don't feel that Bridport would be the same without it and it would be a great loss. I felt that I really wanted to do something for the people down there and help out, in any way I could, (the best way I could!) and promote the area as well as help fight their corner. 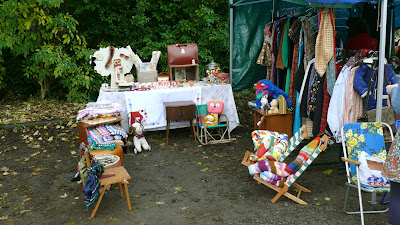 And so I decided to go along to one of the evening meetings last year and introduce myself to everyone involved and let everyone know that I wanted to help. I thought that I could go down there and film parts of the market, interview people (artists/workers/makers/sellers) and hear their points of view on the matter. 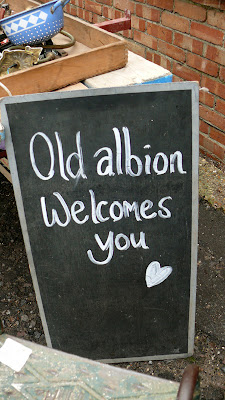 I was thrilled that people were really up for it and came away with hours of footage of the vintage market. Which I really have to schedule editing into my new timetable! (Which by the way, I have done very well sticking to... or it's just that I've felt satisfied and not so guilty if my different things I need to do start overlapping... anyhow... that's worth another post!) 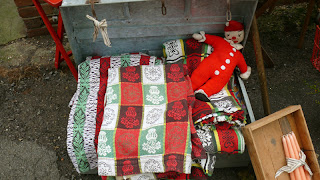 So...yep! That's it!! The big film project I was talking to you lovely readers about recently... well here it is. I've planned to go there a couple of times a week and film different places and events, plus get all the in-depth views of the people working down there. 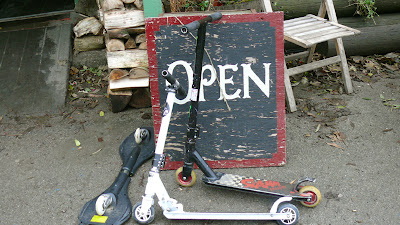 Talking about people's views... I had quite an interesting insight today. I'd decided that I'd allow Thursday afternoons (as I am doing this off my own back and using my own time, without any funding or expenses) to film the interviews over a couple of months and Friday mornings to edit.

I went there today, to show my face and remind people what I was up to, as well as seeing if they were still up for being interviewed and all that jazz.

All the way along this journey, I'd thought of promoting the great stuff down there and showing people that it's such a great, thriving place, that they surely couldn't get rid of it. I felt that I'd be making a video completely against this change and help people's voices be heard.

However... today I spoke to a few people that said they weren't exactly against it, but not all for it too. Kind of in the middle. I stood there and instantly got one of those eureka moments... well ... to be honest... maybe not instantly, but as I was stood there listening to two different people (separately), say their thoughts about why some things should change and why some things may perhaps be better if a little different, I thought maybe it would be great to be able to document it with these realistic reasons for some things to change and not be completely biased. For example, quite a lot of people agree that it needs a bit of sprucing up in some areas, but by how much is another issue, but I'm sure some others may want it to stay exactly the same. I need to investigate further!

I just wonder how far over the line I want to document from where I'm standing...

I do want to make an overall positive message in the documentary, but documenting also, is all about...well...documenting. Does showing it from both sides say to others out there, that I've switched sides or does it just give an overall perspective for the viewer to decide their own opinions? OR should I just stick to my guns and give the people what they want and what I set out to do, with a predominantly "against" documentary?

Even if it did have a few trickles here and there, of parts of things that I may not agree with, surely it would tell more of an overall story of what's going on down there... ?

Hmmmm...what do you all think? Don't hold back from commenting ladies and gents pleasey!!

Phewph... I'm shattered now. Going to go and read in the bath and let me thoughts gather.

It can't hurt to present views of both sides - by showing in the film some of the "residents"/"users" of the area picking up on what needs tweaking, it would stall any developer's arguments that the area needs wholescale change (ie demolition and a crafty change of use. x

ps .... while obviously portraying the area as vibrant and economically sound, and a tourist destination. x

Seems to me that any good documentary (as opposed to propaganda) really should show both sides.

On the other hand, you don't have to be unbiased as you're not the BBC [insert joke about BBC being unbiased here], so there's also no harm in showing where you sympathies lie.

In other words, do both!

i agree with both the above :) Document the real ... Leave opinions to those who view it x (brill project b.t.w )Lolly x

Yes. I think if anyone had an alternative proposal for some sprucing up that could be worth putting in as well as those who love it as it is (but obviously as trashsparkle says also show how economically viable and lively the place is now)

I think to show some of the perspective of not quite the other side, but those in the middle, is valuable, and may help those on your side fight for what they want and look at other options. Rather than asking for it purely not to be changed, you are asking for it to retain it's integrity and change a little for the better.

This sounds like a great project. I think it's good for documentaries to be clear on the message they're trying to portray, but this doesn't mean that it has to only present one point of view. The people who watch documentaries may have some of the same thoughts as those who are for change, so by showing these alongside others you can give a stronger message of why you think differently.

Look forward to hearing more about it

I'm not sure whether you will all receive this message, but I wanted to thank you all for your comments. It's been great to have feedback on this project and everyone has generally come back with the same idea.

I'll be writing more soon on this subject and let you know how things are going.
x

You absolute babe, this is a fantastic project! If you ever need help in any way, just say the word.