Bicycle you are so lovely... 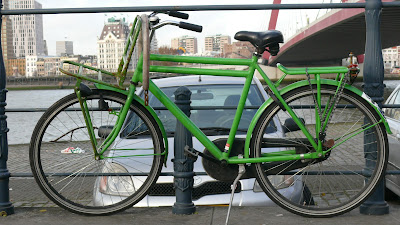 It's all over! The Third Policeman has now had it's last and final show EVER.

We had a jolly good evening at Bridport Art Centre last Saturday, where we'd played TTP and then had a wondrous array or musicians playing for the rest of the evening. I was selling mulled wine and sweet treats and hoping to raise a few pennies for our Christmas pot, but alas, I made a huge loss (as there weren't as many people attending as we'd hoped).

Things felt a lot better after dressing up as a Christmas tree on stage! (Photos shortly!)

We did have a good night anyhow and myself and Mr Phizmiz had 13 people sleep over when the show had finished. It was a bit of a squash and a squeeze but we just about managed. It helped a little that some people actually decided, in such high spirits and party moods, to stay up all night. Eeek.

And now that's it. The end. Forever after. Amen. Unfortunately we don't have the rights to perform anymore shows.

Anyhow, we have just recently been to Rotterdam with the whole filthy lot of the gang of rogues and the Phizmiz/Moopette little girlies to do TTP too.

I thought it would be nice to show some photos bit by bit. Firstly, it has to be about the bicycles as not only is the Opera (Book!) obsessed with them, but I fell head over heels in-love with Rotterdam's cycling culture. 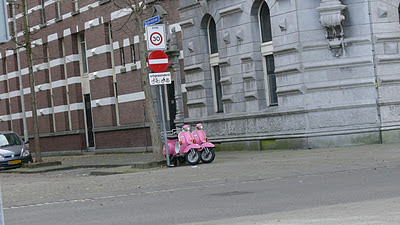 There were proper specific roads just for bikes and mopeds, with their own traffic lights and pushy buttons. I was so impressed, I think my mouth was wide open in awe the whole time. Just reminded me how rubbish most of the Uk is when it comes to cyclists and their priorities. 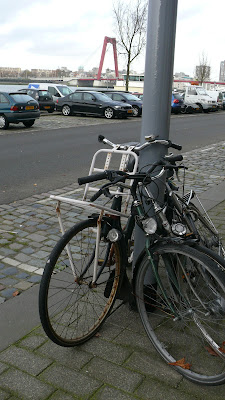 There were fantastic ways of carrying anywhich thing you may want to on a bike. Children, shopping, tiny babies, huge thingies that...  people may... want to carry... yeah... errrm... 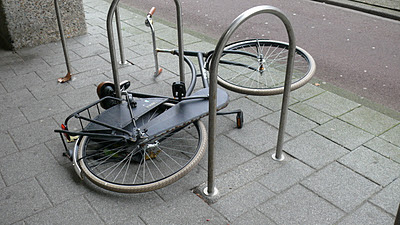 We felt a tad sorry for the discarded lonely bicycles. Things were almost on the edge of mirroring The Third Policeman a bit too much. 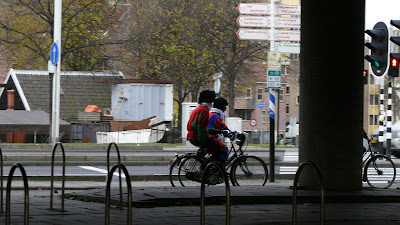 *I do have even more photos of bikes and their joys, but I'm afraid I've been writing this blog post for over a week now and every single time I've tried to continue and upload more photos, blummin' blogger messes up.*

Lovely bikes everywhere! I hope the resurgence of biking here means they start to have more lanes!

That green bike is perfection :)