If you read the post I put up a little earlier (from the fella's blog) you may have noticed that it mentions that myself and the kids are in his (Ergo Phizmiz's aka the hoosband) next show, which is called UOEIA and is all about yodelling. (You can read more info on the show in the post below).

I've been meaning to get this post up for ages but I've been trying to finish a never ending hand drawn animation for this show, that took FAR longer than I anticipated.

So, yes, we're in the show! The main part we all play are Foxes. I'm a teacher (as a Fox) and the kids are pupils and we're teaching them all about the history of music and yodelling. It is fairly daunting to think I'll be on stage again, even though I have been involved in quite a few of the shows now, but mainly the production stages and am often backstage fixing costumes or tending to the kids.

The last show (that I unfortunately couldn't go on tour with that time) was Gargantua which had a wonderful character that evolved and constantly changed throughout the show but was predominantly a Fox. For this character I had to paint a pre-existing plastic Fox mask...and here it is. 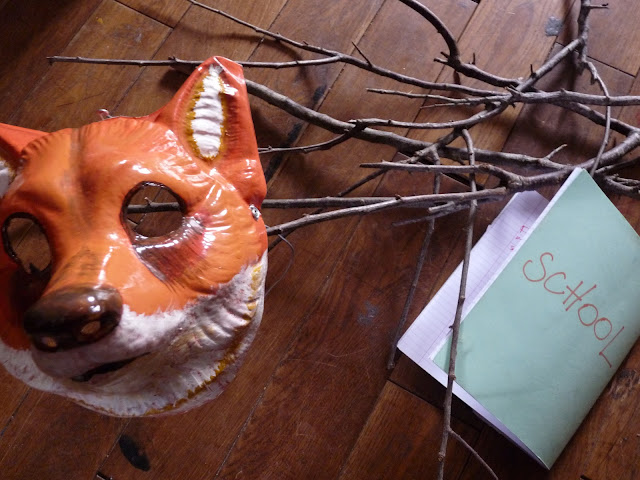 The only thing is that I'm supposed to be painting four of these masks this evening. We've got more rehearsals tomorrow, I've got a clay lunk to make for an animation for Channel Four's Randoms Acts to send to Vicki Bennett and get it sent off tomorrow so they can animate him, I've got to finally photograph all fifty-three pages of the hand-drawn animation and at some point finish learning all of my lines for the show, which is on in one week (ooooh dang nabbit). And if you happen to be in Stroud on Saturday, so are we! Gargantua is playing somewhere in Stroud... but you should check out the blog (on the link just above) for more information...

So this is generally how life goes. But it's all good. It just means I'm a terrible blogger and have nowhere near as many followers as proper consistent bloggers do. Oh yes, I also had to go to London last week to get Autumn's passport done in a day, which was quite funny. Found out in the uber-expansive-post-office-kiosk-room, the bloke next to me, fretting that he didn't have all his details had the same birthday as me and was exactly 10 years older. I couldn't stop laughing. That was a tad embarrassing. Also, whilst I was waiting for my number to be called (each person got a ticket with a large number on) from a screen with a lovely digital voice, I was so very tempted to shout B-I-N-G-O but Larry David Style (Afraid only Curb Your Enthusiasm fans would get this one).

Oh, and Autumn's had/is just getting over Chicken Pox! Oh yes, and also our main computer is still being repaired so all the video projects I had on the go have been stalled once again! C'est la vie.

So, here are some photos from the hand-drawn animation. It's a tongue tree. If you scroll down fast enough you might be able to see the animation in process. 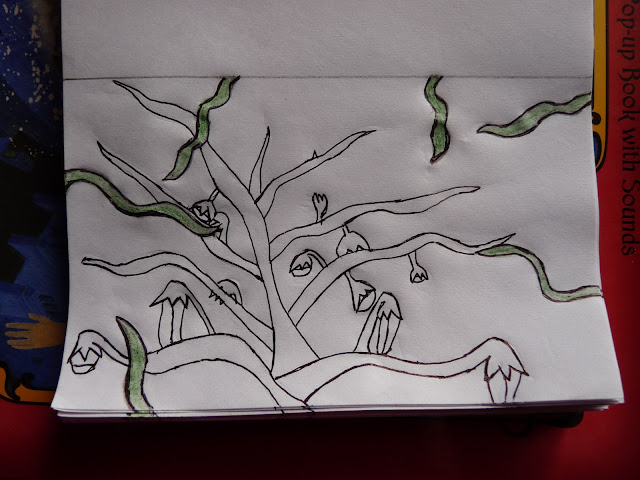 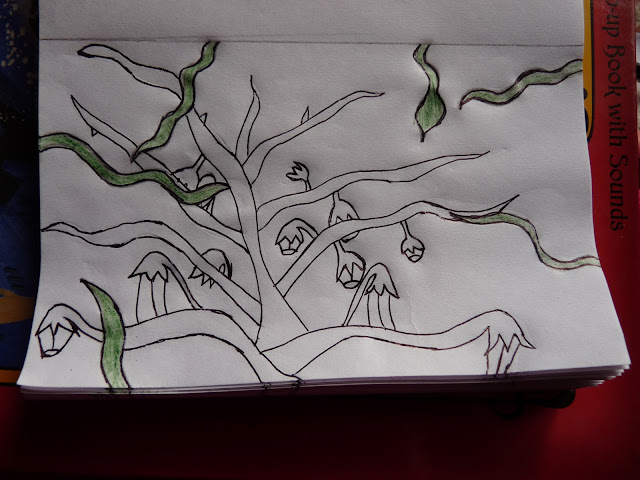 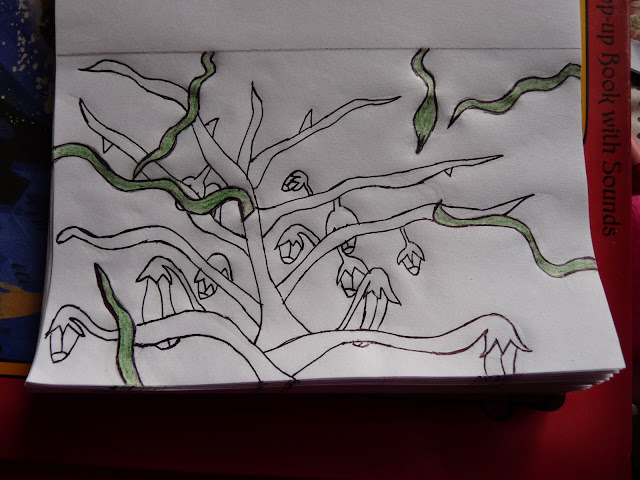 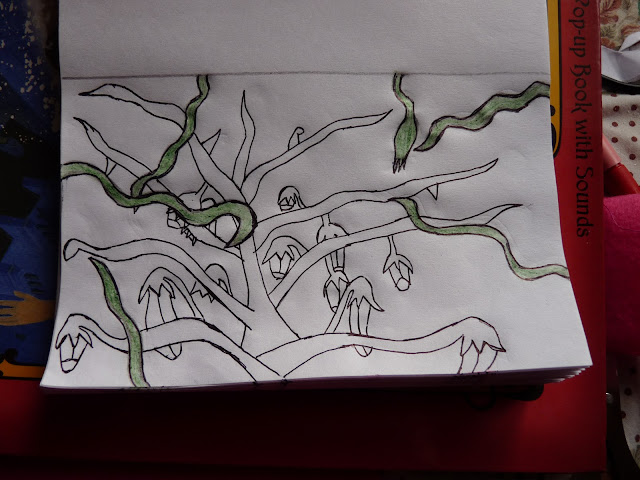 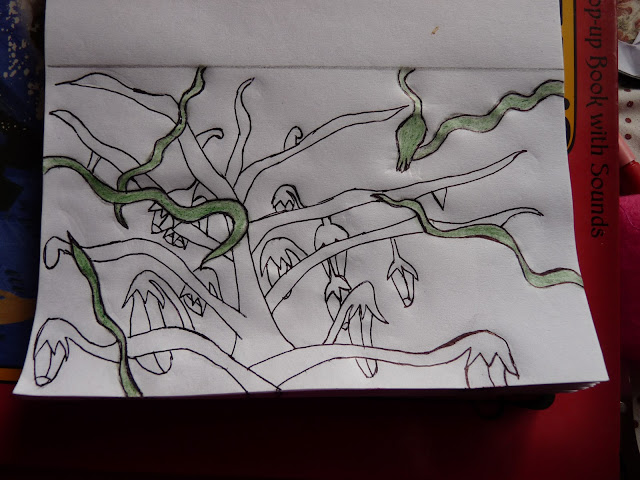 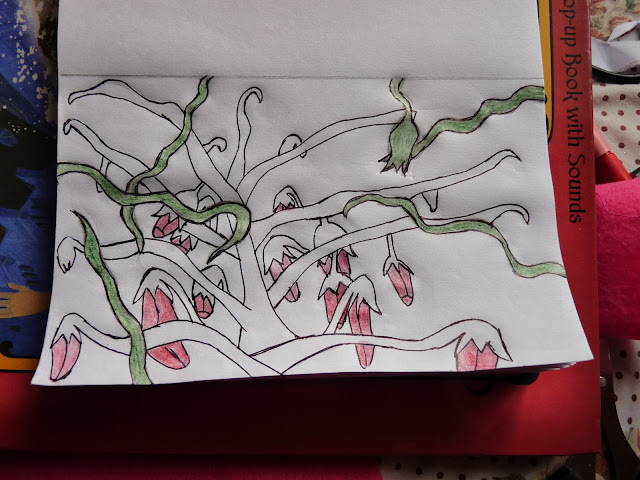 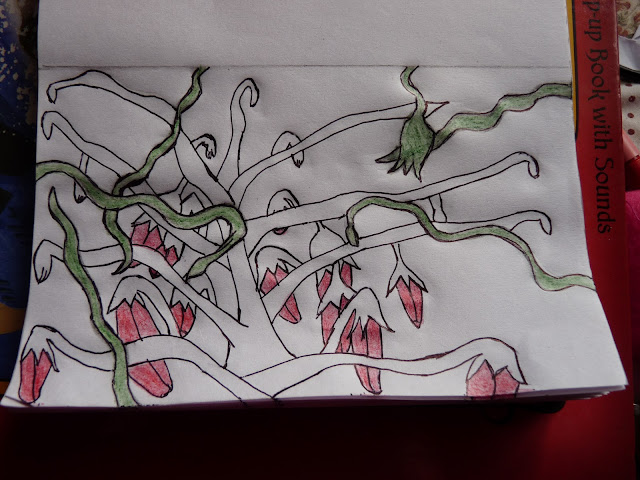 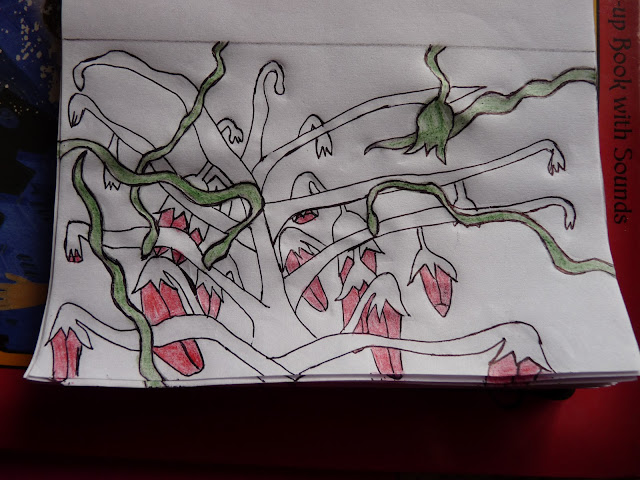 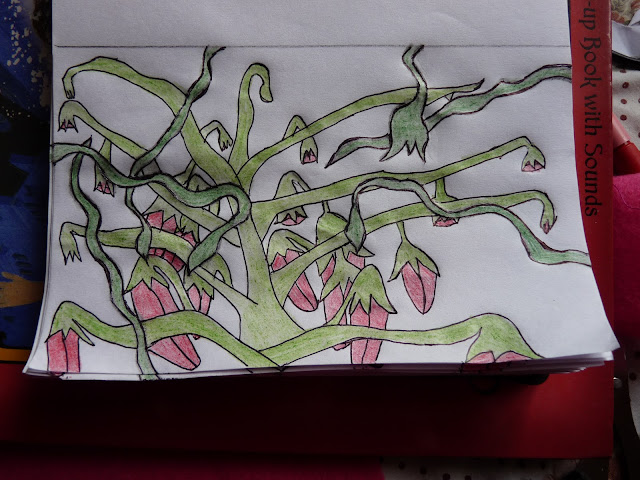 These pictures are from a few days ago, before I'd finished colouring it all in. You should have seen the amount of red and green coloured pencils I went through! Although it was mainly because all of the leads in each pencil were snapped all the way throughout, so they were all pretty useless really.

Here are a few pictures from the rehearsal from earlier too... (Photos by Talulah's nine year old friend, Rory Armstrong). 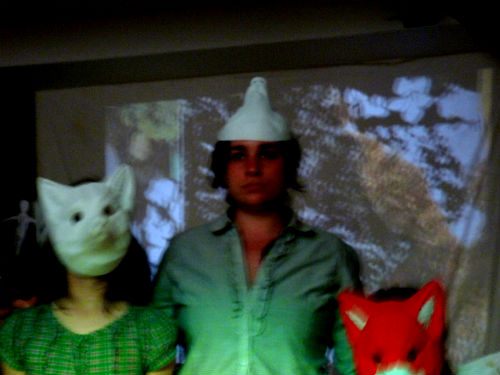 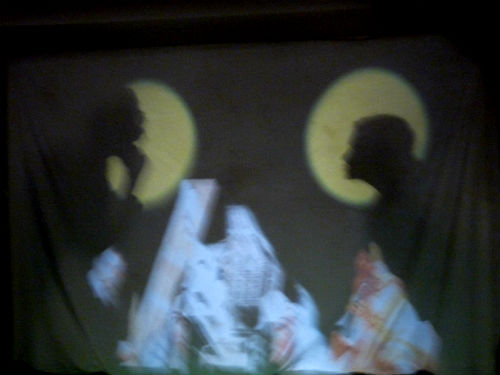 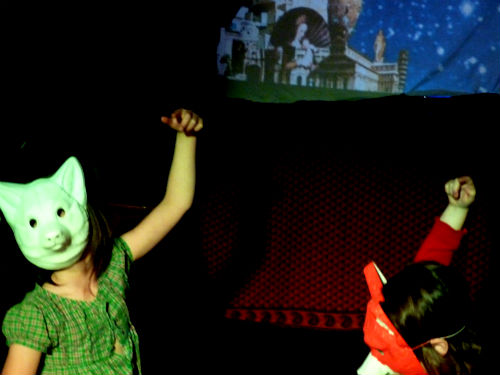 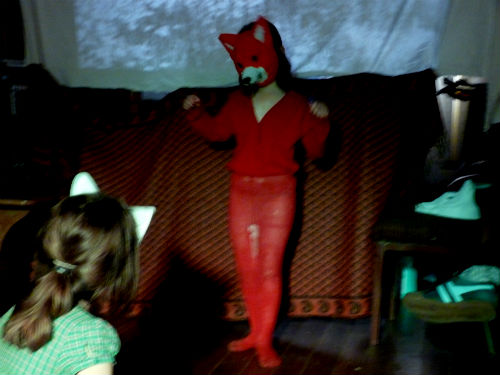 Right then...I think I'm going to join the hoosband who's watching the 50's Twilight Zone in bed. (We love it). This post has taken so long as I'm using my tiny stupid netbook PC thing, which is SO incredibly slow and crashes every few minutes, that I shall just have to get on and have a jammed packed fox painting and lunk making session in the morning.

Wow no wonder you can't blog - you are too busy living! xx

And we're back!! We had a great time. Didn't want to come back to normality actually. Ah well. :~}